Tanzania is an East African country known for its vast wilderness areas. They include the plains of Serengeti National Park, a safari mecca populated by the “big five” game (elephant, lion, leopard, buffalo, rhino), and Kilimanjaro National Park, home to Africa’s highest mountain. Offshore lie the tropical islands of Zanzibar, with Arabic influences, and Mafia, with a marine park home to whale sharks and coral reefs.

The beginning of Tanzania’s short dry season, though rains remain in some places – and wildlife highlights include the start of the Great Migration calving season on the Serengeti’s short-grass plains.

The second month of the short dry season – many herbivores are calving, and plenty of migratory birds may be viewed in the Selous and Ruaha.

The long rains begin – afternoon downpours are the norm, but wildlife viewing is still very good and there are a lot of migratory birds to observe.

What’s the weather going to be like in Kenya in March?

Travel in April is not recommended due to heavy rains.

The last month of the long rains and even starting to dry up towards the end of May – Great Migration and other wildlife viewing is excellent in the Serengeti, and a lot of migratory birds may be seen.

The beginning of the dry season, with clear skies, plenty of sunshine, chilly mornings and evenings – and a lot of wildlife highlights, not least the crossing of the River Grumeti by the Great Migration herds.

This month is in the middle of the dry season, with guaranteed warm weather and wonderful wildlife viewings – such as chimpanzee in the Mahale Mountains, the elephant in Tarangire, and the Serengeti’s Great Migration herds.

Mid-dry season, August abounds with wildlife highlights – from huge herds of elephant in Tarangire to the abundant lion and wild dog in the Selous.

Approaching the end of the dry season, as the Great Migration herds return to the Serengeti, elephant fill Tarangire, and predators are plentiful in Katavi and the Selous.

The rains resume towards the end of this month, but early to mid-October is fantastic for both safari and beach vacations – from chimpanzee trekking in the Mahale Mountains to enjoying the mainland coast and Zanzibar.

The short rains begin in earnest in November, but wildlife viewing in Tanzania’s western parks is barely affected – and the Great Migration herds that had moved into Kenya return to the Serengeti this month.

The continuance of the short rains, and is characterized by lush landscapes, the Great Migration herds moving into the South Serengeti, and an abundance of beautiful birdlife. 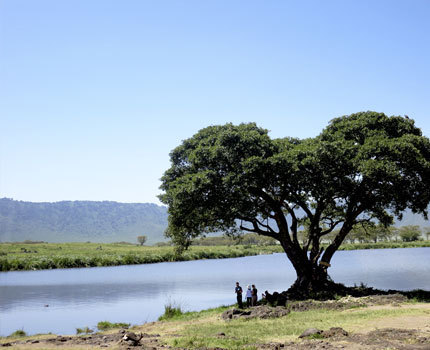 Experience East Africa in style with this small group safari featuring well-appointed camps, lodges, and beach resort. You will find your accommodations provide charm and authenticity of Tanzania! 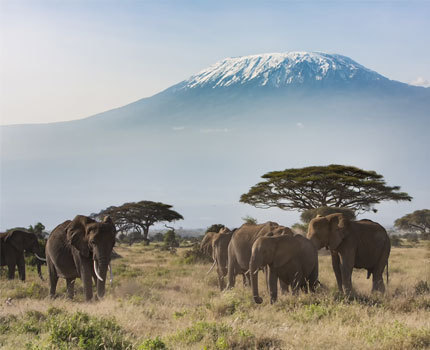 The Marangu route, also known as the “Coca-Cola” route, is the oldest, most well-established route on Kilimanjaro. This is the only route that offers sleeping huts in dormitory-style accommodations in lieu of camping.  The huts have communal dining halls and basic washrooms.

Prices are per person based on two people sharing

A land rich in wildlife such as the lion, cheetah, elephant, rhino, impala, leopard wildebeest, gazelle, monkey, baboon, dik-diks, warthog, flamingos, and many species of birds. Tanzania has many of the world’s largest natural game reserves.

Tanzania is also rich with culture and tradition. Your guide will be happy to share knowledge of both the Tanzanian culture and the wildlife’s unique habits.